The rebirth of Irish Whiskey and the Dublin Whiskey Festival 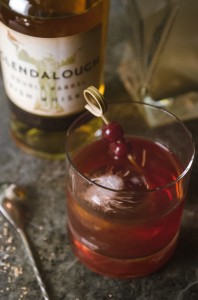 Whiskey is making a major resurgence right now, both in Ireland and internationally. We’ve long held it in high esteem and enjoyed some of the best distillers in the world, but after what you might call a bit of a lull, the whiskey market is soaring once more.

Following suit, many of the country’s most popular bars are refocusing their energy whiskey, developing extensive lists that are filled with premium labels.

But it’s not just cocktail bars that are whetting their appetites for our national spirit- some restaurants are starting trends of their own.

Brasserie Sixty6 is one of those such restaurants. Their head barman Woitek is known for his innovative recipes and now he’s working closely with Glendalough, the first craft distillery in Ireland.  And also with the Dublin Cocktail Festival.

An all Irish cocktail 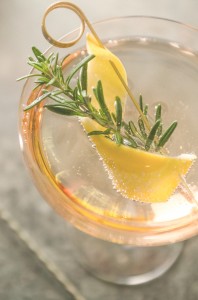 During the summer, Great Irish Beverages brought us the first Dublin Cocktail Fest, getting some of the city’s most popular bars in restaurants to show off a signature drink. For Woitek, it was the perfect chance to work with one of his favourite spirits: poitin. His Pucci Martini was an unlikely hit.

I was excited to challenge myself with a spirit like poitin. A lot of people have this bizarre opinion of it, and it’s a misconception I wanted to break down a little bit. It’s actually a pretty versatile spirit.

Woitek was the only bartender to take on a poitin cocktail, and while Brasserie Sixty6 didn’t win the festival’s closing competition, it did get the attention of Glendalough, whose poitin he’s long enjoyed.

They were interested in the way I work and how I combine flavours. When I met with them, I really wanted to show them how poitin can work in cocktails. They were pretty excited to see how passionate I was about it, and from then on we’ve kept in touch, talking about different cocktail ideas for the future. 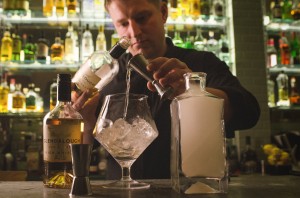 Glendalough are a brand on the rise. What began in 2011 between a group of friends has quickly turned into a well-respected distillery. They put a personal touch on their spirits, taking the history and culture of both poitin and whiskey into their work. For Woitek, their dedication to an Irish past time shines through:

I have a lot of respect for what they’re doing. It’s a local distillery in an area that brings so much of the past to life. I think anyone that’s been to Glendalough can tell you, there’s something really special about it, so it’s only natural that people are getting excited about their drinks.

After the success of his poitin cocktail this summer, Glendalough honoured Woitek with the 66th bottle of the first batch of their newest creation- a craft gin that’s set to be released later this year.

After the first taste, I already had a cocktail in mind for it. Once it’s available I’m going to do a really fresh martini with it.

That martini  idea was a hit with  the guys at Glendalough, and after tasting two interpretations of their spirits, they’re talking to Woitek on a regular basis.

They’re really open minded guys, and they’re also really passionate. A lot of the time, we’re just throwing ideas out to see what could work, talking about what we think customers will like and looking for the best way to show off these spirits. 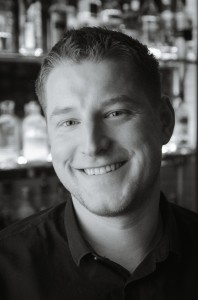 We’re really lucky behind the bar at Brasserie. We have a lot of say in what we buy, which means we buy spirits that we really like. [Needless to say, their] whiskey selection has grown really quickly in the last year. And with a brand like Glendalough interested in what we’re doing, we get to take a bit more time to work on new drinks.

For the upcoming Dublin Whiskey Festival, Brasserie Sixty6 will be one of three venues sponsored by Glendalough, alongside VCC and Peruke & Periwig.

I was quite surprised when they told me they wanted to sponsor us. VCC and Peruke are superb cocktail bars, and Brasserie Sixty6 isn’t somewhere you’d immediately think of as a cocktail destination. I think it shows that we’ve got a lot of common with Glendalough, and that we’re able to hold our own beside some of the best bars in town. 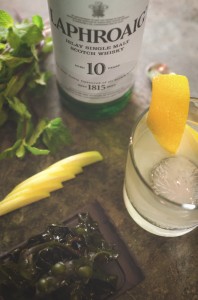 For the Dublin Whiskey Fest, Woitek and the rest of the team in Brasserie Sixty6 will work exclusively with Glendalough’s latest release, their double barrel whiskey.

It’s a great whiskey, especially for using in cocktails. For the Dublin Whiskey Festival, what else would we want to do besides a really good Old Fashioned?

Paying homage to the history and the brand, Brasserie Sixty6 will create the Monastic Old Fashioned. With maple syrup, angostura and chocolate bitters and cherry liqueur, it sounds sweet. They’ll pass it through maple infused woodchip smoke to balance it, and top it with griottines.

Whether you’re roaming the city in search of the best whiskey cocktail in the coming weeks or dropping by for a bite to eat, Brasserie Sixty6 is serving hand crafted cocktails that will make you think twice about them. With Woitek writing recipes for new drinks on a near constant basis, you’re sure to find something new and fresh each time.